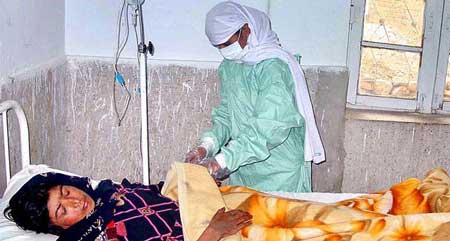 ISLAMABAD: The prevalence of HIV is increasing in Pakistan at a time when the epidemic generally appears to be stabilising in Asia, according to the 2009 AIDS epidemic update published by UNAIDS.

Injecting drug users in Asia have reported high rates of risk behaviour and among those surveyed in Pakistan two-thirds reported sharing needles.

Nearly 45 per cent of transvestites surveyed in Pakistan said they had experienced discrimination on the basis of their sexual orientation, and 40 per cent had experienced physical abuse or forced sex.

Although a recent study found low HIV prevalence (1 per cent) among transvestites, 58 per cent had sexually-transmitted infections, with 38 per cent having multiple infections. Only a few used condoms.

According to the update, 4.7 million people in Asia were living with HIV in 2008, including 350,000 infected over the previous year. Asia