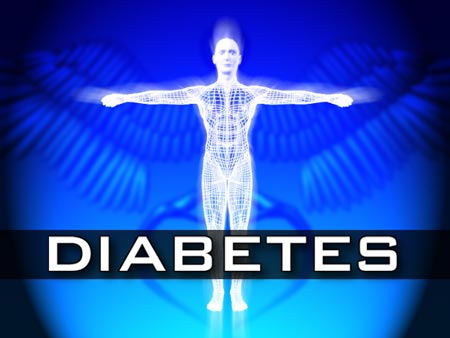 The latest estimates peg the number of people in the United States with diabetes at more than 24 million or almost 8 percent of the nation's total population. And, the numbers are likely to increase dramatically. The American Diabetes Association says that 57 million people are at risk of type 2 -- adult onset -- diabetes.

November is National Diabetes Month, an opportunity to promote the educational campaign to warn people about the deadly consequences that can develop from the disease, making it the seventh leading cause of death in the United States.
At the same time, a tremendous amount of research and development is under way to create new products that will treat or even cure diabetes. No less than eight life science companies based in San Diego County are involved in the effort to address the disease and its direct link with obesity.

Diabetes is a disease of metabolism that affects the ability of the pancreas to produce enough insulin to move glucose, the form of sugar in the blood, throughout the human system. As a result, glucose passes out of the body, eliminating the main source of fuel.
Multiple consequences occur from the disorder, often leading to heart disease, blindness, kidney disease, and often amputation of lower limbs.

The ADA estimates the annual cost of diabetes to be $174 billion. That includes direct medical costs of $116 billion and another $58 billion for indirect costs such as disability, work loss and premature mortality.
"Many Americans have a very limited understanding of the basic facts about diabetes, as well as serious consequences for health that accompany the disease," said Sue McLaughlin of the association.

"Unfortunately, numerous myths about diabetes exist, making it difficult for people to believe the science-based facts. Denial of diabetes and the promotion of inaccurate information, full of stereotypes and stigma, do not serve anyone well," she said.
The Pharmaceutical Research and Manufacturers of America reports that 155 new medicines to treat women and diabetes are being developed now, more than any other life-threatening disorders, including breast cancer and Alzheimer's disease.

"We live in an era of medical discovery in which we understand more and more about the unique biological and behavioral differences between men and women and their respective health care needs. This knowledge is inspiring a continued medical revolution that is bringing new hope to women around the world in the form of promising new treatments and cures," said Ken Johnson, of the association.
That global effort has combined a San Diego company, Amylin Pharmaceuticals, with Takeda Pharmaceutical in Japan to develop and commercialize products for the treatment of obesity and related illnesses including diabetes.

The Obesity Society, a global research group, estimates that worldwide there are 1 billion adults that are overweight and at least 300 million are obese.

"Amylin recognizes the enormous potential of this collaboration to advance more options in obesity treatment more quickly than either company could do alone. Amylin and Takeda are excited about working together to address the significant unmet need for the millions of patients who need better solutions to manage obesity," said CEO Daniel Bradbury.

And San Diego's growing reputation as a center for research and development of new life science products was enhanced recently by the opening of the Lilly Biotechnology Center, an effort by Eli Lilly to leverage external resources and knowledge to advance the pipeline of products to deal with a range of diseases that include diabetes.

"We are moving full-speed ahead toward building a biotechnology powerhouse. The science, technology and talent at our new center in San Diego will help bring novel biotech medicines to patients faster and more efficiently, and reinforce Lilly's commitment and contributions to San Diego's burgeoning bioscience industry," said Lilly's CEO, John Lechleiter.

Speed is key to the successful fight against diabetes and obesity because lifestyles are pushing many people toward the serious obstacles that complicate the health problems. In addition to Amylin, local companies such asHollis-Eden, Arena Pharmaceuticals, Isis Pharmaceuticals, ActivX Biosciences, Metabasis, Phenomix, and Halozyme Therapeutics are involved in the effort.