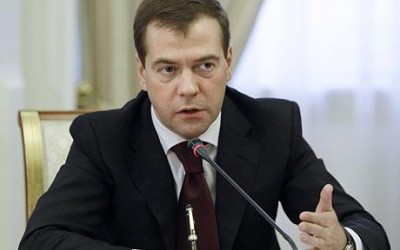 Moscow - Russian President Dmitry Medvedev is to meet Pope Benedict XVI for the first time next week while on his politcal visit to Italy, the Kremlin disclosed Thursday.

The presidential office said Medvedev would meet the pope in the Vatican on December 3, Interfax reported. There were no details give about their possible topics of discussion.

Relations between the Russian Orthodox Church and the Roman Catholic Church have been tense for some time. Moscow as a result has yet to permit a pope to visit Russia, arguing among other reasons that it was feared the pontiff could try to lure faithful away from the Russian church.